A well-structured website is an initial step towards showing the online presence of your business, but it is not an ending. As mobile technology continues to develop, more users access the Internet from their phones, tablets, and other devices — not just computers. So, to engage such customers who use smartphones or tablets, businesses should invest in high-quality apps that give clients access to all their favourite products.

To achieve the dream goal, companies should invest in a solid platform to create their clients’ ultimate mobile app experience. The first solution that comes into the minds of programmers is ‘Flutter’.

With great functionalities, Flutter can become an exceptional ally in the battle against competitors. Indeed, Flutter is one of the most used mobile frameworks of 2021. A recent survey of Statista shares that 42% of software developers voted in favour of Flutter. It also means that 42% of developers claimed to be using Flutter. According to the reports of Statista, 31,743 coders participated in this survey. It definitely shows the importance of Flutter. But to get advantages of Flutter features, enterprises would have to hire the Flutter developers first.

Therefore, if you are willing to hire Flutter developers and want to find the reasons behind recruiting them, you must read this article.

Flutter is Google’s mobile user interface framework that was initially launched in 2017. This free, open-source platform allows coders to build native apps for iOS and Android by using a single codebase. With Flutter, you can build an app once and deploy it to the Google Play Store and Apple Store that saves lots of your time. Plus, you can use one programming language instead of two, so there are fewer shortcuts for beginners to remember.

The Flutter SDK is the set of tools that you need to start building multi-platform mobile applications. It’s used to compile your app into machine code and includes tools for building iOS and Android apps.

A Framework (UI Library depends on widgets): A group of sustainable UI components that are easy to personalize and build upon.

Although Flutter is still a relatively new framework, its innovative approach has caused an immediate stir among developers. One of the more intriguing aspects of Flutter is its permission to write your Flutter code once and then compile it for multiple platforms. This means that you do not need to maintain the Android version of your app separately from the iOS version, saving a lot of money and time.

New businesses take a lot of time, effort, and money to get off the ground. With notable features like the ability to create cross-platform interfaces and a modern material design, it’s easy to see why Flutter is quickly becoming one of the most popular options for developers.

Great user experiences are crucial when it comes to building great apps . With the ability to build using native skills, it’s easier than ever to create beautiful, intuitive apps that work across platforms.

Because of its cross-platform capabilities, Flutter can be built and launched in as little as days, making it an indispensable tool for businesses looking for a quick time to market. With the ability to share code between iOS and Android, brands can cut months of their development cycle, allowing them to reach customers sooner.

Flutter is the framework that makes it simple to create an MVP (minimal viable product) for any app. It allows for quicker development due to its flexibility and ease of use . Surely, there is no need to hire a whole team of developers when you can get great results with a smaller, more manageable team.

The IT industry is notorious for its high costs. Wages are simply too high, and companies want to cut down on their expenses no matter the cost. To achieve their goal, IT companies often outsource resources abroad and hire freelancers.

If there is one good thing on the Internet, it is that you can find someone to hire in any part of the world. Finding Flutter developers for hire from an outstaffing agency or freelancer is not hard at all. And by doing so, you can save a lot!

In short, building a great company is not that hard if you have the right tools in hand. Having a professional team by your side will dramatically increase your chances to create a successful Flutter app that your customers will fully utilize. If you hire a Flutter developer whose price matches your budget, you can turn your dreams into a reality. 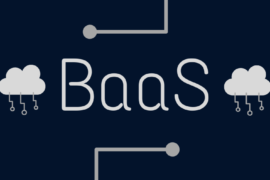 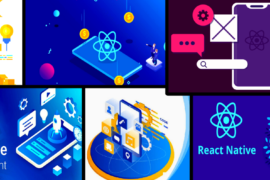 How to Develop A Simple React Native App?