Over the long history of transformation, FaceBook has released 2 unique tools: React JS and React Native. If the first was needed to create user interface fragments, then the second framework is designed to develop cross-platform applications. This is the fundamental difference between the two products of the same family.

Since its release in 2015, the React Native platform has quickly attracted attention, only for the reason that IT industry giant FaceBook was behind it. The first utility from the React family, React JS had already stood the test of time and did an excellent job with its main task – creating a user interface architecture in the face of a huge number of accounts.

It is on it that the FaceBook interface, the most popular and recognizable social network in the world, was created.

Over time, the development team began to work on the second product, the purpose of which was to create a tool for developing full-fledged mobile applications. Moreover, React Native, as a result of the evolution of its “little brother”, turned out to be a successful project. It is lightweight, lightweight and highly functional.

Why Should You Use React Native?

There were already many products for writing and editing code in the mobile applications segment. However, most of the presented platforms had a significant drawback – slow work. React Native is based on JS and is able to provide fast page rendering.

The very fact that the application is used by such giants as Facebook, Instagram, Skype and Tesla puts it in the category of stable and time-tested. At the same time, the popularity.

• JS technology is used to design the code. Today it is the number one programming language in the world. Over 60% of applications are written with JavaScript.

• In one application, you can implement a project for two operating systems at once – iOS and Android. As a result, you can save time and budget.

• Easy to edit code. You don’t need to rebuild code snippets to make a change.

• Similarly, you can also use your “author’s” library to draw components.

Develop An App With React Native

To create a simple application, you can use a template from Facebook (Create React Native App). It’s easy to install and doesn’t take up much space. After creating the framework, we proceed to the beginning of development. In the future, to facilitate the process, you will need to acquire useful utilities.

The first one is Expo. This is a typical set of libraries and service functions that comes with the installation version of React Native. Expo forms a system of calls to functional components: server, webcam, feedback modules. In practice, the advantages of Expo allow you to create optional layers without knowledge of native code, which in turn makes the program code truly cross-platform.

After installing the simulator and debugger (you can get by with the Google Chrome browser), you can open the application in test mode on your Android phone or tablet. Further, the application can be launched directly on the device through simple manipulations with the code.

The syntax of the code in the template looks like a regular HTML document, in which you need to add React components. Fragments can be the simplest, the main condition is the integration of the rendering function, in which the changes made will be updated on the device side.

React Native is a complete, feature-rich platform for developing, deploying and running mobile applications. Offshore mobile app development company teaches how to work with it. This is perhaps the fastest way to create a software module based on JS components. The hallmark of React Native is the ability to develop products for several operating systems at once – iOS and Android. In simple words, it saves a lot of time and budget. 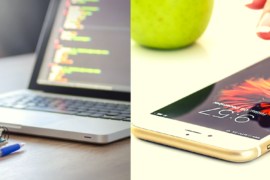 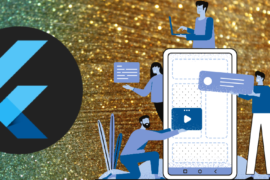 6 Reasons to Hire A Flutter Developer