Back in the 90s, TVs were mostly used in sports bars to show games. Projectors were still pretty underpowered, but between 1990 to 1995 we finally started to see big TVs being used as digital signs. This is probably due to the fact that computer technology was improving and it was becoming easier to create and curate content on screens without needing a mainstream TV channel to create the content.

This is when we started to see digital signs in places like airports, cinemas and in high-tech malls. The big TV screens were being used to generate advert revenue. Rather than selling poster space, which is what used to happen, these businesses were selling video space. In essence, the digital signs were showing posters on a PowerPoint display that rotated every few seconds. Still, it was the start of what we now know as digital sign adverts in places like malls and High Streets.

The flash drive has saved more forests than every environmental charity combined, and the push for a more paperless world was in full swing. Digital signs were still expensive, but the cost of paperwork was so high that it was starting to become more cost-effective to go paperless with digital signs. Companies were using them for everything from warning signs to ways of spreading staff newsletters. Time-sensitive initiatives were spread around massive corporate buildings very quickly because they were being displayed on digital signs.

It was late in 2010 when China overtook the US as the world’s biggest industrial power, and as a result, we quickly saw prices of electrical goods start to drop. Without things like minimum wages and human rights, the Chinese were able to churn out electronic and consumer goods at a fraction of the price of the US. Plus, China had purposefully devalued its currency so that it could export at much lower prices. Digital signs were now so cheap that they were being used by businesses large and small.

The fact that digital signs, screens, and streaming devices are so cheap are very big factors in why digital signs are so popular, but there are many other factors that have come into play. The Kitcast blog frequently comments on how their software is making digital sign usage easier, and it is mostly because of how the modern software and hardware industry has unified.

With the exception of Apple, most companies use the same types of USB connectors. Things like region-based software aren’t an issue, and most things are plug-and-play. These days, even things like software installation are as easy as installing apps on your Smartphone from the app stores. Getting your digital signs up and running is easier than ever, and content creation is easier.

Take Blender It is a tool that edits videos, creates animation and even allows 3D modeling. Pixar used it to make the first Toy Story movie. These days, the software has been honed to a point so that its power is almost limitless, and its online support is amazing.

Compare this to 15 years ago when it was harder to operate than a commercial jet, and the only support you had was a super-smart 15yr old boy on YouTube who would tell you which buttons did what. Creating content for digital signs is easier and creating content that is actually good is far easier than it has ever been. Digital signs are on the up, and the quality of their content is TV movie quality at this point. 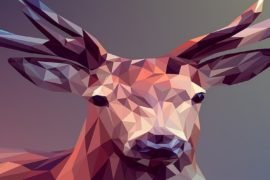 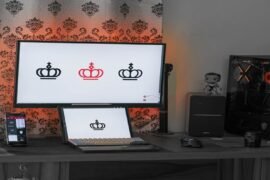 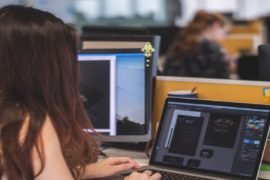