Being on social media often comes with a fair share of risks. While it can be a great way to connect with friends and loved ones from across the world, it can also leave you susceptible to spying, phishing, harassment, and more.

If you’ve noticed suspicious activity on your Facebook profile or with your smartphone in general, it could be an indication that someone is spying on you. Various studies have shown that there are several ways to spy on someone’s Facebook messages.

This article dives into some of how you can find out if someone is spying on your Facebook profile or your smartphone, along with what you can do about it.

So, what are some of the ways to see who is spying on you? Briefly, one way is to look for any changes to your Facebook settings. For example, if you are signed up for something on Facebook but haven’t yet activated it, then it means that someone has hacked into your account and is now changing the settings to their own.

Everyone sets certain privacy settings on their Facebook account to keep their images or other details from being misused. You might have done the same, but if you suddenly notice that your privacy settings are different from the ones you initially set up, there’s a good chance that someone has hacked into your Facebook account and is spying on it.

The best thing to do in such a situation is to change your password right away so that the person who has hacked into your account gets immediately logged out. Ensure that the password you set has a combination of upper and lower case characters and numbers so that it’s as complicated as possible. This will prevent the hacker or anyone else from being able to guess your password and hack into your account.

If you’re someone who doesn’t use any other social media apps apart from Facebook, one of the best ways to find out if someone has hacked your Facebook account and is spying on it is when you notice excessive data consumption.

Most people know how much data they consume in a day, so if you suddenly see that a lot more is being used or that you’ve run out of data sooner than usual, there is a good chance someone is accessing your Facebook account through your phone.

If you ever have your friends on Facebook messaging you that they’ve received strange or inappropriate messages from your Facebook account, this could be a sign that someone has hacked it and is using it to spy on you or even your friends. One way to check for this is to click on “Settings” and then click on “Security and Login.”

Doing so will show you all devices logged into your social media account and the location from where they’re logged in. If you notice that a device that doesn’t belong to you is logged in from a location that isn’t yours, your account has been hacked. You have to recreate your password right away in such a situation.

Different people use Facebook differently. While some only befriend those they know, others use it to make new friends from all around the world. If you fall under the first category of people but suddenly notice posts from new or unknown people on your news feed, there is a good chance that someone has hacked into your account and is spying on it or using it to make new friends.

They could be doing this for various reasons, but the best thing to do is select the option to change your password and log out of all devices. As mentioned before, ensure that your new password has a complicated combination of upper and lower case characters, along with a few numbers.

Another way, which is often the most overlooked, is when you leave your phone unattended and someone takes the opportunity to unlock your phone and spy on your Facebook account or other social media apps. As a result, it’s always essential that you keep a close eye on your phone and set a strong password that only you know.

A situation in which someone is spying on your Facebook account or other social media can be a nightmare. The hacker can use their access to harass your friends or even do something to defame you. As a result, you must always be on your guard. Follow the steps mentioned above to keep your phone secure while immediately identifying if someone is spying on your Facebook account. 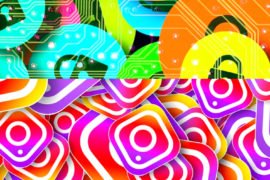 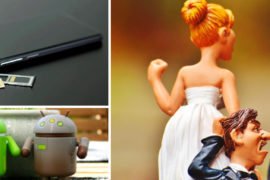