What is human trafficking and how is it different from smuggling?

Human trafficking is the illegal trade of human beings for the purpose of forced labour or sexual exploitation. It is a form of modern-day slavery that affects millions of people around the world. Smuggling, on the other hand, is the illegal transport of people or goods across national borders.

Smuggling is typically done for financial gain. Human trafficking is motivated by force, fraud, or coercion. Victims of human trafficking can be found in all corners of the world. They may be forced to work in factories, on construction sites, in domestic servitude, or in the sex trade. Many of them are lured by false promises of a better life.

They later find themselves trapped in a situation from which they cannot escape. Human trafficking is a grave violation of human rights. It robs victims of their freedom and dignity. It is an international crime that requires a coordinated response from law enforcement and civil society.

But what if you need to write on this topic?

Writing college essays on this topic can be a daunting task. There are so many different aspects to the problem, and it can be difficult to know where to start. However, reading free college essay examples on the topic can help to give you a better understanding of the issue and provide some inspiration for your own essay. These free college essays on human trafficking can show you how to effectively structure your own argument and provide evidence to support your claims.

In addition, they can give you an idea of the kind of research that is required in order to write a successful college essay on human trafficking.

How does technology help identify victims of human trafficking?

Technology plays an important role in helping to identify victims of human trafficking. For example, law enforcement can use video footage to track the movements of potential trafficking victims. They could gather evidence against their traffickers. Social media can also be used to share information about missing persons and help connect victims with support services. In addition, technology can be used to create awareness campaigns about human trafficking and reach potential victims who may not be aware of the dangers.

What challenges do law enforcement officials face in trying to combat human trafficking?

One of the biggest challenges is that trafficking often occurs in hidden and hard-to-reach places. Victims may be afraid to come forward or may not even realize that they are being trafficked. traffickers also frequently move their victims around to avoid detection, making it difficult for authorities to track them down. Another challenge is that many countries do not have strong laws against human trafficking or lack the resources to effectively enforce them.

As a result, traffickers can operate with relative impunity in these areas. Finally, there is a growing demand for cheap labour and sexual services, which provides a powerful incentive for traffickers to continue their illicit activities. To truly combat human trafficking, a concerted effort is needed from law enforcement officials, governments, and the general public.

What are some of the ways that people can get involved in the fight against human trafficking?

One way to get involved is to learn about the issue and spread awareness. This can be done by attending informational meetings, sharing articles and videos on social media, and talking to friends and family members about the problem of human trafficking.

Another way to get involved is to support organizations that are working to end human trafficking. This might include donating money or time or participating in awareness-raising events. Finally, it’s important to be alert for signs of human trafficking in your own community. If you suspect that someone you know is a victim of human trafficking, you can anonymously report your concerns to the National Human Trafficking Hotline.

How can we prevent human trafficking from happening in the first place?

There are many complex reasons why human trafficking happens, but there are some steps that can be taken to prevent it. For example, increasing economic opportunities for women and girls can help to reduce their vulnerability to trafficking.

In addition, increasing awareness of the issue can help people to identify potential victims and report trafficking activity. Finally, strengthening laws and enforcement efforts can help to deter traffickers and bring them to justice.

What are some signs that someone may be a victim of human trafficking?

There are some common signs that someone may be a victim of human trafficking. For example, victims may have bruises or other injuries, as well as signs of malnutrition. They may also appear to be fearful or anxious, and they may avoid eye contact. Additionally, victims may not have any form of identification, and they may be accompanied by someone who seems to be controlling them.

Technology can be a powerful tool in the fight against human trafficking. By helping to increase awareness, track down traffickers, and connect victims with support services, technology can play a vital role in ending this heinous crime. 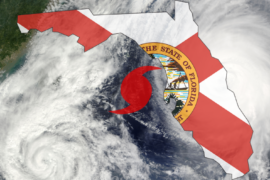 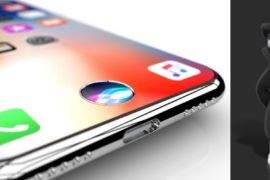 5 Utmost Ways to Track Someone’s iPhone Without Them Knowing